A downloadable game for Windows, macOS, and Linux

So basically, Online Love is a visual novel dating sim that actually uses a dating app/personality test kind of thing in the game to cater to the player's actual interests and personality in real life.

Kind of making the girl you're 'matched' up with feel a bit more personalized.

Of course, the developers only made two characters and the questions in the personality test don't really do anything . . .

But that's why this is a prototype right?

Anyway, enjoy the game (if this can actually be called a game), and hopefully the developers will actually expand on it in the future, ie adding more characters, making the game more expansive, more scenes, better plot, making the personality test actually do something etc.

I definitely think a game like this could have potential, but it'll take quite a bit for the devs to recover in therapy from the emotional toll that this 'game' had on them.

If you're not completely sold, here's some unrequited sex appeal for you.

Yeah I know you're looking.

But don't worry, just like I told my mom, they're just drawings. All that's left is you, the drawing, and your imagination.

(Oh yeah ignore the music too in case you don't like it. The devs tried out FL and said 'FL this!' [that's a pun btw] So they just used royalty free music they found.) 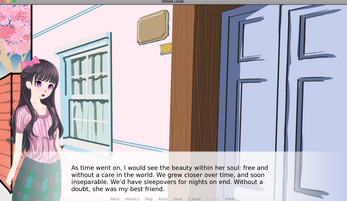 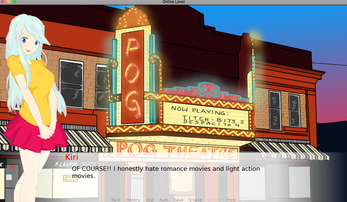